The term Gnawa (or Gnaoua) has three distinct meanings.

It refers to an ethnic minority within Morocco, whose ancestors can be traced back to slaves transported from sub-saharan Africa, primarily from the areas of present day Mali, Burkina Fasso, and Senegal to the Maghreb, between the 15th and 16th centuries. These black slaves served as soldiers for the ruling dynasties of Morocco. With time, the enslaved were freed by manumission, escape, and other circumstances, and formed various communities.

One community that formed within the ethnic minority is a relatively small group, the Gnawa brotherhood, which brings us to the second definition of Gnawa. This group is a mystic sect of traditionally back Muslim musical healers who practice ritual ceremonies of spirit possession. Of all of the mystic sects in Morocco, the Gnawa are the least understood. Many traditional Muslims think of them as magicians and accuse them of practicing black magic.

Gnawa is also the name of the musical style related to the brotherhood, which is spiritual music intended for healing by inducing trance. Gnawa music plays an integral role in the ritual ceremony, known as Lila Derdeba.

When one thinks of instruments ‘inspired’ by the ngoni, the banjo or the guitar is usually the first to come to mind. However, many Malian artists have been able to alter and ‘defy’ the traditional connotations that are associated with the ngoni.

The ngoni (or xalam) is said to be the most ancient of the jeli instruments: in an fRoots interview, Bassekou Kouyate, Mali’s most famous ngoni-playing jeli, states, “It is the first instrument of the griots, so ultimately the ngoni is the source of all griot melodies…

The ngoni is a type of plucked lute played by the Mande people of West Africa. According to Eric Charry in Mande Music, this instrument is culturally restricted to the realm of the jeli musician and is believed to be the oldest of all griot melody instruments.

This is more or less a supplementary post to my original post about the kora in jazz – I wanted to highlight a few more instances of interesting kora usage in non-African traditions. 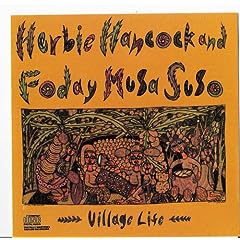 Batrou Sekou Kouyate is shown below.

Most kora musicians are concentrated in Mali, Guinea, Senegal, and The Gambia. The vast majority of kora musicians come from Jeli families, hereditary musicians that can trace their lineage back to the Sunjata epic of the 13th century, when the Mande empire was established in West Africa. Today’s most famous kora musicians, such as Toumani Diabate and Mamadou Diabate are indeed the sons of an older generation of kora musicians.